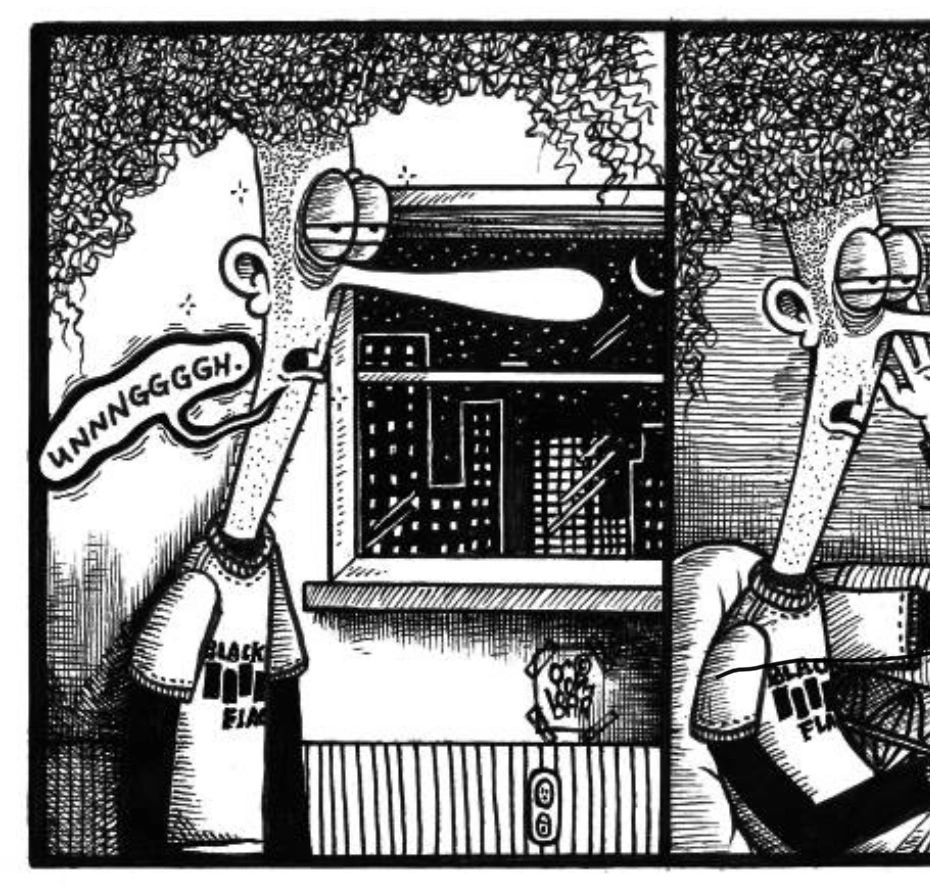 I’m working on it, ladies and dudes:

I spent some time talking with Sascha Bailey of Blockchain Art Exchange. I have some NFT’s, freshly minted on Ethereum. Take a look, and pick some up for your own private portfolio collection at: https://www.blockchainartexchange.co.uk

NORMAN® is a comic strip by AARON GOMBAR

I am currently accepting commissions, so don’t hesitate to contact me for all your creative needs. I will turn your ideas into eye-catching reality. I am willing to work with you on any creative endeavor that you can dream up. If you’re simply looking for a personalized custom piece of artwork,  or  trying to buy one of my prints or original pieces of artwork, please contact me. Feel  free  to  use  the  “booking”  tool  that  I  provided  on  my  website  in  order  to  ensure  you  save  yours

Who is Aaron Gombar, and what is NORMAN®?

NORMAN® is a comic strip by American cartoonist, Aaron Gombar. Originally from the Boulder/Denver Colorado area, Aaron attended college at The University of Colorado at Boulder, (CU) where he studied art art and more art. However, he needed real city life and moved to San Francisco where he attended the prestigious San Francisco Art Institute. There, he focused on painting, illustration and digital media. He ended up having to drop out, but immediately jumped head first into the professional art world. Within a few months, he landed his first Solo gallery show, and began working on his comic strips, gag illustrations, paintings, murals, and taking on clients such as Hewlett Packard, VOLCOM, VICE Magazine, The CU BUFFS, and numerous skate, snowboard and surf companies, He began having his work published in newspapers and magazines, including PARADE Magazine, The Colorado Daily, The Rocky Mountain News, The Denver Post, The Orlando Weekly, and many more. He decided that Cartooning was the way to go and focused on getting NORMAN® Syndicated, a dream that he still works at today, He submits comics regularly to The New Yorker, MAD, and others. He ended up landing a job with Incense Cedar institute to judge and curate a national cartooning contest, Eventually his work caught the eye of comedian and actor, Michael Rapaport, and Aaron became the official cartoonist for his, “I Am Rapaport Stereo Podcast.” This ended up opening more doors, and Aaron is currently in the process of writing a script, novel, and also writing and illustrating a graphic novel about his life. His NORMAN® comics online are sure to generate a cult-like following for their counter-culture and edgy humor that showcases what it’s like to be living in this modern world as an urbanite, and all the adventures and misadventures that entails.

This  site  will  feature   a collection of some of my favorite NORMAN® Comic strips. as  well  as  my  freelance  Illustration work.

Past and Current Works

There will be a collection of past comics,  drawings,  paintings,   murals  and  more.  Also,  I  will  showcase  current comics, illustrations, commissioned works, and random ephemera that brings me happiness. I hope it brings you some joy as well.

NORMAN® Comics are able to be created, written, drawn and published thanks to fans like you!

Leave your email address if you’d like to be the first on the block to find out about exclusive NORMAN® prints, books, collectibles and other rare Aaron Gombar ephemera. Be the first to find out about new releases, shows and signings. And Get exclusive NORMAN® content before anyone else. Once the podcast drops, this list will be notified of all NORMAN® and Aaron Gombar cartooning/illustration news before it is posted to the site or any social media. *Most importantly, NORMAN® COMICS takes your privacy extremely serious. You will not be spammed with unwanted or unnecessary emails, and your information will not be shared with any third party sites. It will be kept on the most high tech servers on planet earth and locked down safe and secure in a vault guarded by the most elite special force operators on the planet. (For legal purposes, I must state that the previous paragraph was exaggerated slightly, and it will most likely NOT be guarded by soldiers in a vault.)

NORMAN® and the gang have been listening to a lot of the band, NOTHING lately. They hail from NORTH PHILLY, and hopefully will make a cameo in a NORMAN® strip one day. All music rights are ©&® Relapse Records/NOTHING

Powered by coffee. Lots and lots of coffee.